Houston sits only 50 miles from the Gulf Coast, and only 30 minutes from Clear Lake & the start of Galveston Bay. The Bay is typically shallow in most places, less than 6’ deep, but the sandy water makes it almost impossible to see much below the surface.

Clear Lake and Galveston Bay are excellent for water sports such as boating, jet skiing, wave running, and fishing. The Kemah waterfront also has charter boats and sailboats for hire, taking you out past the Bay and into the Gulf of Mexico. If you drive the extra mileage to Galveston across the causeway, there are miles and miles of free public beaches. There are also jetties jutting out into the surf, from which you may fish, or relax and watch the waves roll in.

The GALVESTON BEACHES themselves are compacted sand, made darker by being on the downside of the Mississippi River. Galveston receives a lot of mud and silt from this constant river flow, which makes the water sandy brown, and the beaches not as white as the beaches further south in Corpus Christi & South Padre Island. With FREE access to the beach you may picnic, enjoy drinks, build sand castles, surf or body surf, and play in water for hours on end. In less than an hour you can rinse off and be back in Houston.

One of the great city parks lies in the heart of Houston, near both the Medical Center and Downtown Houston. Hermann Park recently underwent a multi-million dollar renovation and remodeling, and the park really shows it off! There is an inexpensive small train that rides you all around Hermann Park, as well as a large reflecting pool and fish pond.

The pavilion and outdoor playground have always been city favorites for picnics and outings with the kids or family pets. THEATER UNDER THE STARS is an outdoor, yet partially covered performing arts venue, with both seating and hillside seating available. The troop puts on various performances throughout the year, as do musical groups and shows aimed at family entertainment.

The HERMANN PARK ZOO is recognized worldwide as a leader in habitat development and boasts one of the USA’s largest collection of fish, birds, and animals. There are FREE ADMISSION TO THE HOUSTON ZOO days on every month’s calendar! There is also the HERMANN PARK GOLF COURSE AND DRIVING RANGE, where you can play a round or work on your golf game.

The second MAJOR park in Houston is Memorial Park, located between Downtown Houston and the Houston Galleria area. This is one of the City of Houston’s most used parks, with hiking, biking, and running trails, as well as soccer & ball fields of all types (volleyball, softball, baseball, football) and regularly hosts thousands of people daily.

The concession stand features hometown favorites from Houston where the burgers are made fresh every day, and people flock to the sunshine and picnic areas. The MEMORIAL PARK GOLF COURSE has hosted amateur and professional golf tournaments for decades, including the yearly stop for the Houston Open. It’s a remodeled and very tough par 72, kept in excellent condition.

Recently the City Amateur Championship was played at Memorial Park. The hike & bike trails feature a moto-cross mountain biking section that is challenging and fast. Many riders have taken perilous spills on this track.

The HOUSTON ARBORETUM is located on a piece of Memorial Park’s land, and offers an up close look at nature. On nice days, you will see thousands of tennis players, golfers, runners, hikers, bikers and sun worshippers out for a day at the park!

SPACE CENTER HOUSTON and the JOHNSON SPACE CENTER AT NASA is another outing not to be missed when visiting Houston. Home to space shuttles, astronauts, and exhibits, both offer a unique look at the USA’s Space Program.

The THEATER DISTRICT in DOWNTOWN HOUSTON offers world class venues for all types of performing art, from Jones Hall to the Alley Theater to the Wortham Center, Houston’s vibrant arts scene offers entertainment almost every night of the week.

The MUSEUM DISTRICT near HERMANN PARK and THE TEXAS MEDICAL CENTER has art museums, history & science museums, children’s museums, and specialty museums such as the Holocaust Museum and the Buffalo Soldiers Museum. Take a respite from Houston’s summer heat and visit one of these air-conditioned wonders.

Houston is known as an Out to Eat town, with over 8500 restaurants located in this area.
With choices from every continent Houston is a culinary paradise! 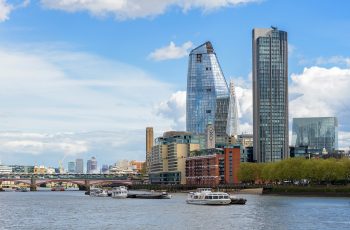 Whenever we plan a trip or vacation usually it used … 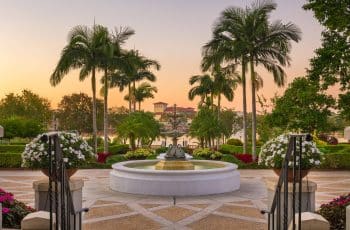 Florida is an amazing vacation destination with so many things … 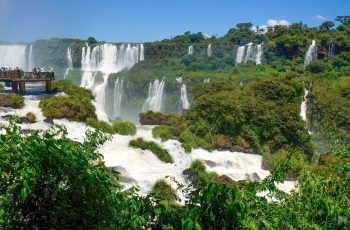 South-East Asia is, for many backpackers, their first experience of …